An innovative pilot project was carried out in 2013 at Salhouse Broad to restore an eroded reed bed and spit of land to as it would have looked 60 years ago, by beneficially reusing sediment.

Four large geotextile bags, each about 50m x 8m x2.5m12,000m3 were filled with sediment that was dredged from further up the river. These were then sunk below the waterline to form a 170m retaining wall on the eroded spit line. The space behind these bags was then filled in with more sediment. During the process, the bags were fixed to locally cut alder poles to ensure they stayed in place. The whole structure is now held in place by mass and gravity, and has become a 7000m2 reedbed, an important habitat for broads wildlife. To encourage reed and associated plants to grow vegetation was transplanted from nearby Woodbastwick marshes and planted onto the geotextile bags. Seed of common reed and reedmace was scattered by hand over the sediment. The vegetation was scraped, creating small, shallow ponds for wildlife including wading birds, waterfowl dragonflies and aquatic invertebrates. Various species of fen plants have already been found to have colonised on the sediment including the nationally scarce marsh fern, smooth sow-thistle and milk parsley which is the food plant of the swallowtail caterpillar. Other plants include common reed, greater pond sedge, celery-leaved buttercup, marsh valerian, purple and yellow loostrife, hemp agrimony, water forget-me-not, yellow flag iris, gypsywort, bittersweet, meadowsweet, fen bedstraw and water mint. Willow saplings have also emerged. The site has been temporarily fenced off with goose guard to protect the tender shoots from wildfowl.

The project, which cost £230,000, was part funded by the European Regional Development Fund under the PRISMA project (Promoting Integrated Sediment Management ) which was set up to develop innovative solutions for dredging and treating and reusing sediment from our waterways. The design was the result of expertise within Broads Authority, a water board in Holland, a navigation authority in Belgium and a specialist engineering university in France.  The techniques and design have attracted national and international attention for methods for managing the Broads in the future, and the re-use of sediment more generally.

This aging reedbed is dominated by the Common Reed, which is an active coloniser of wet ground and forms a transition stage in the eventual succession to woodland. The accumulation of vegetation and litter will result in the gradual drying of the bed, allowing invasion of carr, scrub or woodland. In order to help slow the process of succession and allow the reedbed to persist, a team of volunteers and rangers have cut the reedbed with a reciprocating scythe and cleared the leaf littler from the site. By removing trees and material inhibiting reedbed habitats, the crowding of root structures is reduced which helps stimulate the production of new reed. Continuing the life of the reedbed will improve biodiversity through increasing habitats for a range of species of both plant and animal, including Cetti’s Warbler, Bearded Tit and Water Vole. Reedbeds at Salhouse Broad are cut on a 7 year rotation. 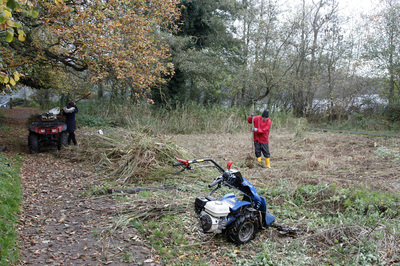 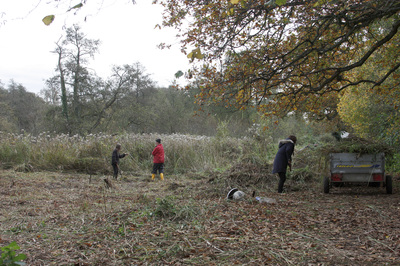 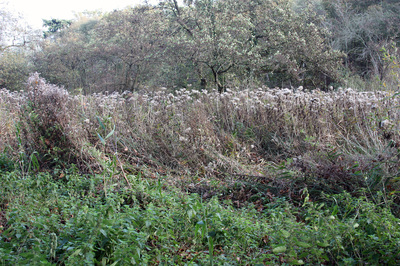 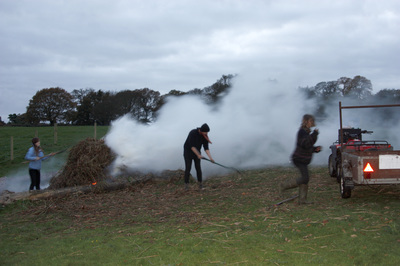 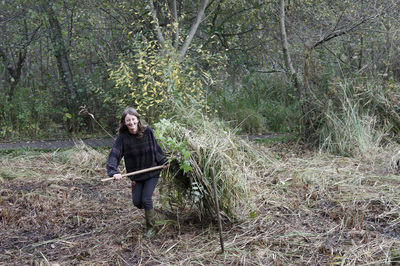 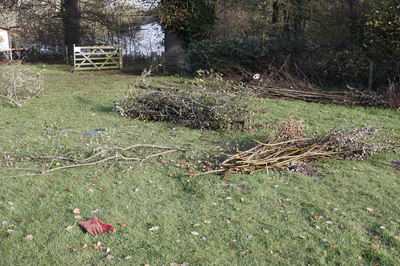 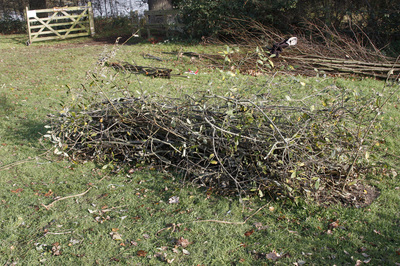 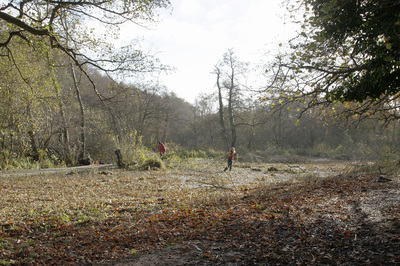 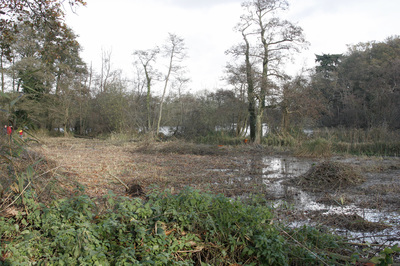 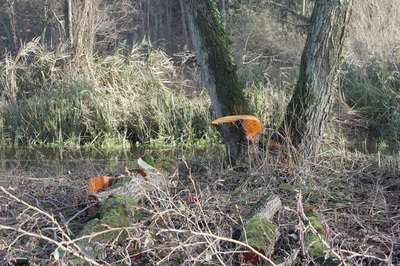 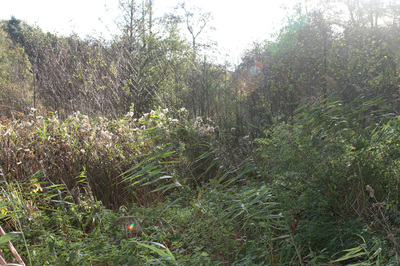 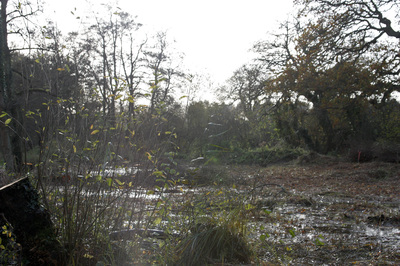 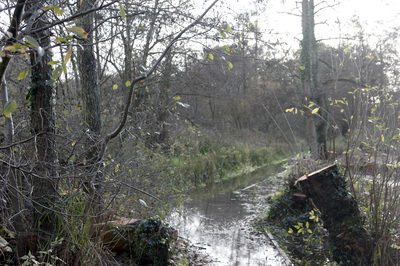 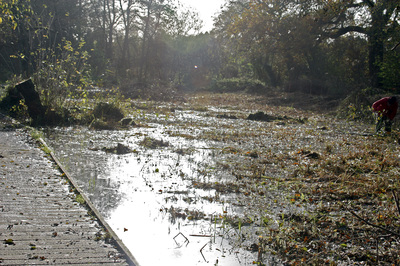 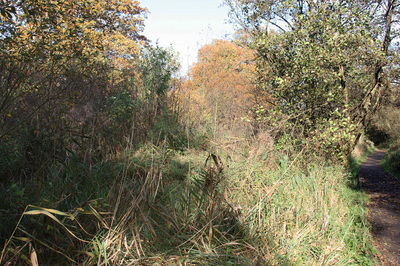 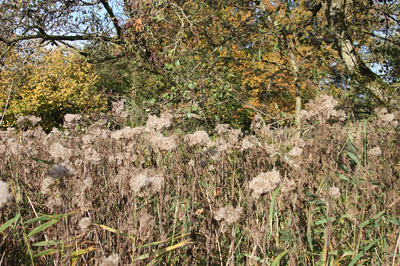 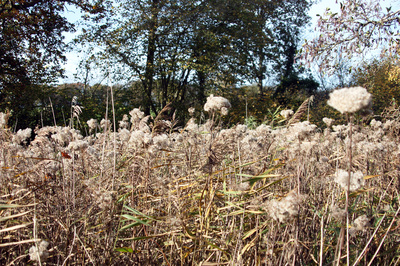 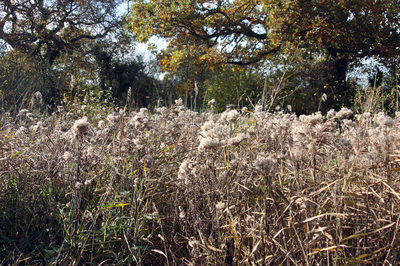 We have been making a start on laying the hedge that borders the campsite using the traditional Midland style. Hedgelaying involves partially cutting through stems, laying them over and weaving them together to produce a thick living barrier, which re-grows from the base. We have began this project to help rejuvenate the hedgerow by encouraging it to put on new growth and to help improve its overall structure and strength which allows it to better protect wildlife, as well as to improve its aesthetic. 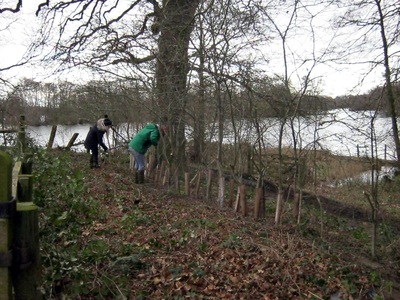 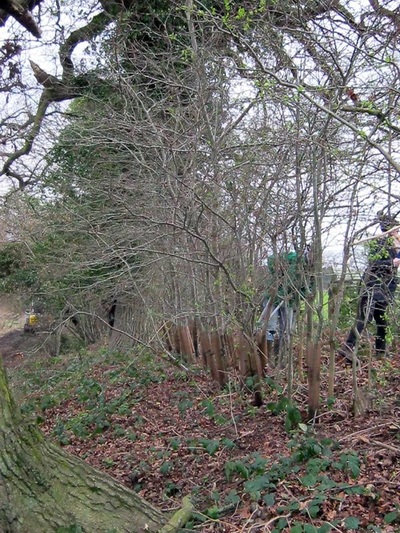 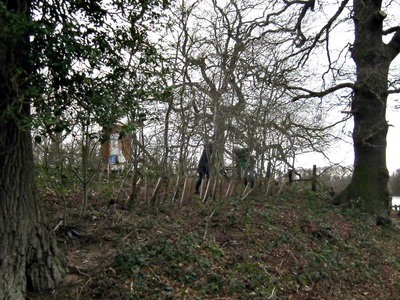 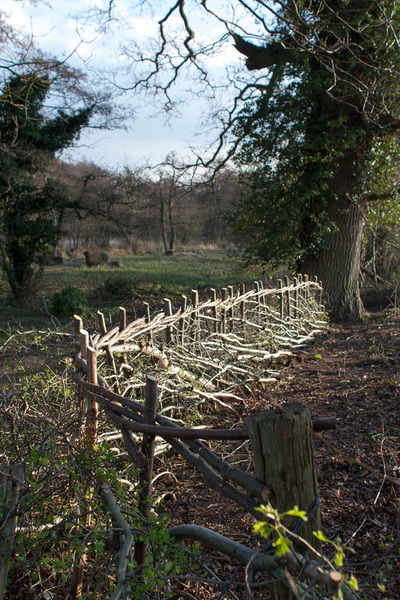 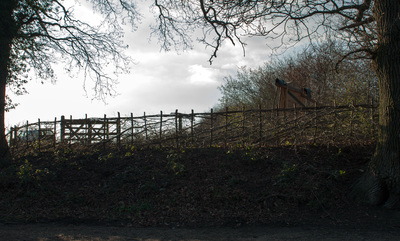 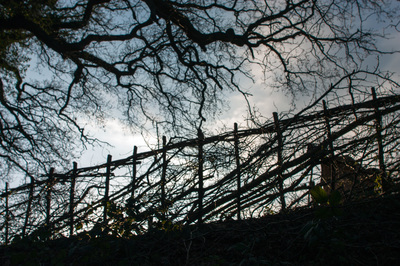